Actor Balu Varghese and actress Elena Catherine are getting married. Elena shared the good news with fans via Instagram. The engagement is scheduled for next month. The two have been dating for a long time.

Last month, Balu proposed to Elena in the presence of relatives and friends on Elena's birthday party. Elena expressed her happiness by sharing a post on Instagram. 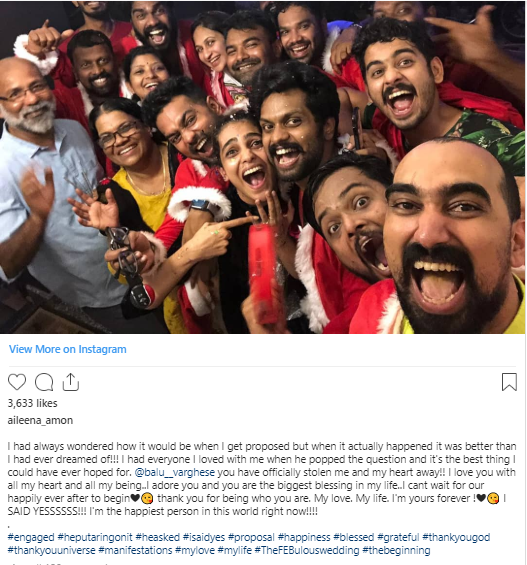 Elena has been active in the modeling industry and also participated in many reality shows. Elena has competed in Miss Deva, Miss South India and Miss India Glam World. She was runner-up at Miss Glam World.